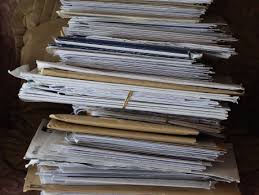 The thing with art is that whether people like it or ultimately ‘get it’ is a matter of perspective. One the things that many writers find it hard to do is accept criticism, not because they do not want to improve, or are under delusions that their manuscript is the best thing since Hemingway. No more likely than not is because the delivery of feedback is less than disingenuous.

Even the greatest writers of our time have been party to the most heinous rejection letters and have felt to be in a constant cycle of failure and improvement. Gertrude Stein received a cruel rejection letter that mocked her style. When Vladimir Nabokov submitted Lolita, he received a harsh rejection letter from Knopf. Lolita went on  to sell fifty million copies. Sylvia Plath’s first rejection letter for The Bell Jar read, “There certainly isn’t enough genuine talent for us to take notice.”, whilst Tim Burton’s first illustrated book, The Giant Zlig, did not go down too well with Walt Disney Productions.

So even if you are the most fantastic unbelievably talented writer be prepared to take some knocks along the way. Still the best thing about writers, especially the great ones, is that their tips are brilliant.

1. If you have any young friends who aspire to become writers, the second greatest favor you can do them is to present them with copies of The Elements of Style. The first greatest, of course, is to shoot them now, while they’re happy. – Dorothy Parker

2. Never use jargon words like reconceptualize, demassification, attitudinally, judgmentally. They are hallmarks of a pretentious ass. -David Ogilvy

3. The first draft of everything is shit. -Ernest Hemingway

4. I would advise anyone who aspires to a writing career that before developing his talent he would be wise to develop a thick hide. — Harper Lee

5. Writing a book is a horrible, exhausting struggle, like a long bout with some painful illness. One would never undertake such a thing if one were not driven on by some demon whom one can neither resist nor understand. — George Orwell

6. You can’t wait for inspiration. You have to go after it with a club. ― Jack London

10. Get through a draft as quickly as possible. Hard to know the shape of the thing until you have a draft. Literally, when I wrote the last page of my first draft of Lincoln’s Melancholy I thought, Oh, shit, now I get the shape of this. But I had wasted years, literally years, writing and re-writing the first third to first half. The old writer’s rule applies: Have the courage to write badly. – Joshua Wolf Shenk

13. Consistency is the last refuge of the unimaginative. – Oscar Wilde

So there you have it, fantastic tips from the greats. Although if you listen to Lev, you may not want to take them too seriously.

Neil Sehmbhy is an author from the Midlands and co-founder of The Penguin’s Head publishing. He is overly fond of cheese toasties and likes climbing. Author of Beyond the Gate and Sunder, he is about to release an anthology of Flash fiction. Follow him on twitter @neilsehmbhy or at thepenguinshead@gmail.com .